I arrived in a rainy saturday night but that was not impeditive to have some fun in the streets of Amsterdam and do some bar-hopping. We even found a portuguese guy who recognized our language in one of those bars and we paid him a shot (was it a B52? can't remember).

However it seems Amsterdam night life is not that great anymore... A bar magnate who owned 85 cafes and bars comitted suicide due to unpaid bills to Heineken and many of them closed....

Next day we had a nice lunch (for me it was some kind of pancake), we had a walk through the city, 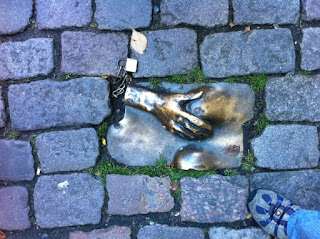 and then I suggested to my friends (that were there at that time) to visit the Sex Museum. It was really a good time we had!


Before everything closed at 6pm I went to Kalverstraat street and Magna Plaza. A sweatshirt from Energie brand caught my eye. But I saw the price and went away. Then I started to think to myself:

"Come on Andre, you know you would never buy such a costly piece of clothing when you lived from your monthly pocket money... but now you earn your own money and you don't even spend it all most of the months"

And finally a nice view from my hotel room during sunset. Next day I had a long journey until Copenhagen with a stop in Lisbon! 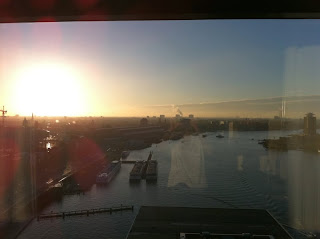 Email ThisBlogThis!Share to TwitterShare to FacebookShare to Pinterest
Etiquetas: AMS