Email ThisBlogThis!Share to TwitterShare to FacebookShare to Pinterest
Etiquetas: HOR

Flying the A380 with Emirates

When I planned my last holidays in Thailand, no doubt it was an excellent opportunity to fly the A380 choosing Emirates for that purpose. Despite having direct flights from London to Bangkok with British Airways or even a Star Alliance flight with Thai Airways, as an aviation enthusiast I wanted to try the A380 and enjoy the experience of flying with a Middle East airline. So an extra stop at Dubai was mandatory. The 2nd leg DXB-BKK the airplane would be a 777-300ER, also a first for me.

I took a TAP flight from Lisbon to London/Heathrow (TP356, CS-TJG) and then moved from Terminal 1 to Terminal 3 for my Emirates flight. Everything was easy with Emirates: online booking (I even pre-selected my seats), check-in, etc.

At the gate you had complimentary magazines and newspapers even for the class I was flying (Y/CL). I picked up a very interesting issue of "The Economist". I was able to see my EK A380 parked side by side with another A380 from Singapore Airlines. It would be the aircraft registered A6-EDL (cn 046). 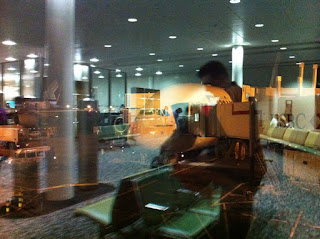 The boarding was organized by aircraft zones which worked pretty well and has to be done for an aircraft this size. My seat was the 76A - right side window near the trailing edge of the wing, in the main deck.

My last time flying in a 4 engined aircraft was 3 years before when I went to Luanda in a TAP's A340 (CS-TOA). From the window I was amazed with the huge area of the A380's wing. It's not only the span, but also the root chord. In fact, contrasting with the A330 and A340 which have an impressive wing aspect ratio of about 10, the A380 has a much lower figure due to its mean chord.

Carrying with me a duffle bag, I was comfortably installed in my seat. I believe the load factor was near 100%. The main deck cabin was spacious and the ceiling was very high. Every seat has a PTV installed ran by the awesome ice entertainment system of Emirates.

Soon after boarding, we closed doors and started our flight to Dubai. After engine start-up, the huge flaps were set for take-off and they do a very loud sound while in transit to final configuration. During our taxi to the runway, cabin crew was busy distributing refreshing wipes and dinner menus while many overhead bins were still waiting to be closed. The bins were droop style and sometimes happened that female flight attendants had to wait for help to close them as most of the time they were heavily loaded. But it seemed to me that the A380 taxies at a very, very slow speed (probably due to its big inertia and to prevent break wear) so cabin crew had plenty of time to finish their before take-off procedures.

On the PTV I had the chance of seeing several views provided by exterior cameras. Take-off was powerful and those GP7000 were in fact very silent even at a high regime. You still got to be amazed with how easily the A380 flies, doing sharp turns in the air.

As I was leaving one of my favourite cities in Europe without paying a visit to it, I was playing with ice system and realizing that even if I lived 3 lifes in a row I wouldn't have enough time to see or listen to everything that was available for you!

When we reached cruise altitude, cabin crew started hand serving an insane amount of special meals, so passengers with regular meals had to wait a little bit for the trolleys. Options for the meal were "Chicken in coconut sauce" or "Fillet of cod". I was happy to have chicken served.

After the meal I explored as much as I could the experience of flying the A380.

-o0o-
Aspects of the A380 and Emirates' service

The A380 is a very comfortable aircraft from a passenger's point of view. The only thing I disliked was the air conditioning vents (permanent and non-adjustable) above the side seats of the main deck which directed the flow right over the passengers in those seats. Although it was not a problem for me, Emirates option for droop style overhead bins can also be questioned as they are hard to close for the majority of passengers and cabin crew. I think most airlines flying the A380 opted for the standard type, like Air France:

This particular last aspect, and knowing that Emirates serve large trays for everybody, makes the EK A380 a difficult aircraft for cabin crew. And you notice that when you have to wait at least 15 minutes to have your drinks served after having the tray placed in front of you (fortunatelly the tray already has a sealed cup of water) and wait more than one hour for crew to remove the trays from passengers.

When I arrived at the amazing Dubai airport (I saw several EK A380s lined up!) I had to walk a long distance until I reached the gate of my next flight. The 777-300ER registered A6-EBW was already there getting prepared. 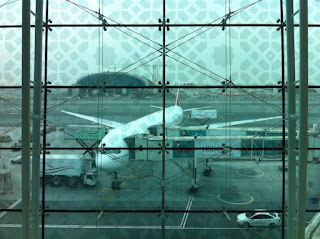 After flying the A380, I must say the 777 did not impress me at all. I had another window seat (40A) but I did not have the USB socket and the ice system installed was not as good as that in the A380. Despiste being a -300ER, the cabin seemed a little bit worn out. The only thing that caught my attention was the very spacious aft galley, in fact the biggest one I ever saw.

For lunch I chose "Chilli lime fish" a meal that was, as in the first flight, very tasty. Some minutes before starting our descent to Bankok I was tempted to ask for the "Instant cup noodle soup" that is available in this flight at any time, according to the menu, but I didn't want to bother the cabin crew.

Landing at Suvarnabhumi Airport was pretty smooth and it was the second time I landed there, the first  one being with "my" CS-TMP.

-o0o-
Photos of the return flights

For the return it was surpring to fly again the same A380 (A6-EDL) in the BKK-DXB leg. For this flight I selected the seat 81A. It has to be one of the best Economy Class seats of EK's A380. You can enjoy your window while having emergency row's leg space and avoiding the "double excuse" situation. See the seatmap posted earlier in this post.

After these two A380 flights, it was a shock to get on board a tiny TAP's A319 bound to final destination - Lisbon.

I loved the experience of flying with Emirates. Whether you fly the A380 or the Boeing 777 you have a very good product and service for long haul flights. The A380 is an amazing aircraft!
Publicada por LisbonJet em 1:11 AM No comments:

White in the dark

Time flies at the same speed airplanes do... When I joined Luzair in the summer of 2007, I never thought I would stay this long in this job. I never thought to move to another airline one year later. But things just hapenned. The facts are: I have a good job, I like what I do and airplanes are my "office".

Also, it seems it was yesterday that I was writing in this blog about having passed Satellites and in June, after another term, I finished my degree in Aerospace Engineering. I huge achievement for me... And finally I got permanent at my current airline! The airline where I grew up. The airline that made me fascinated by airplanes. The airline where my father worked.

Now it's time go back with my Private Pilot Licence :)

The only bad thing is that summer is now ending without having truly started... 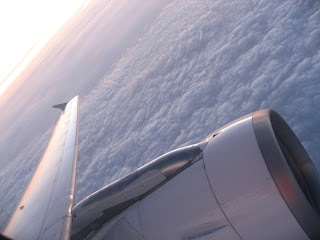 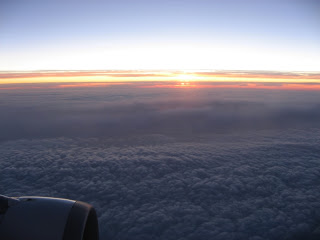 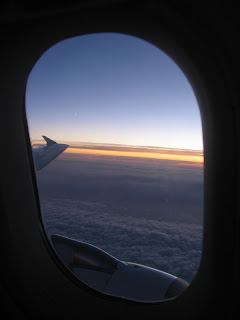 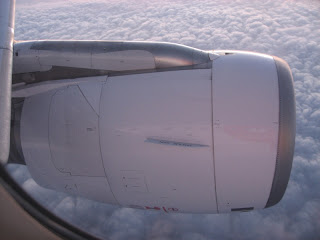 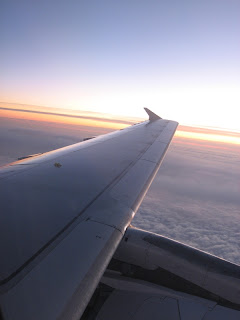 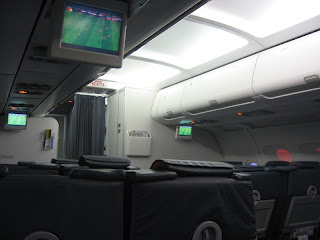 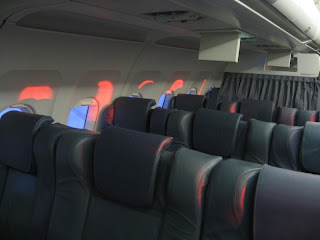 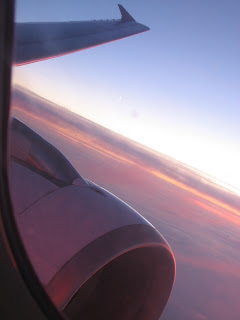 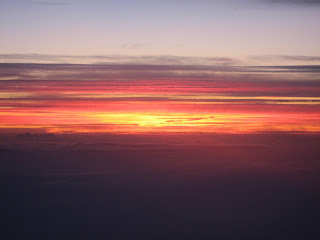 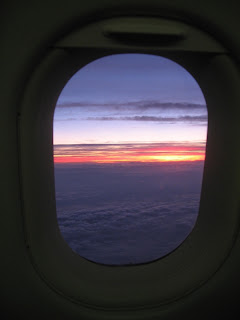 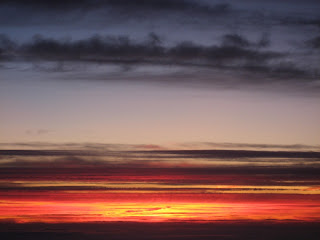