When I started writing about this operation the intention was to put the focus just over the last flight, but I found that I also had some nice photos from the previous days that were worthy enough to be shared. That's why this post was split in two parts.

This is the list of all the flights operated by my crew. Another crew was involved in this operation doing more flights for these airlines.

So what's so special about XLF711P flight? Well, first let's get into the departure airport - Charles de Gaulle. 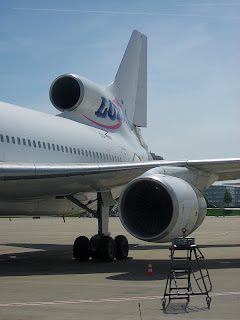 XLF711P would be a position flight back to our base and I was also convinced that it would be my last flight with Luzair. I had the luck to be part of the crew that was off duty - even without passengers, in these flights one crew should be responsible for safety and pre-flight checks, engaging and detaching the evacuation slides, etc. This meant that I was free to fully enjoy the aircraft in this supposed last flight. I could choose my take-off and landing seats other than boring cabin crew jumpseats. So I asked the captain if I could take-off and land in the cockpit. Quite original, having 310 available seats in the passenger's cabin, han? :)

While our airplane was getting prepared for its flight, I took some pictures of the MD-80 F-GMLU in an all white c/s that was parked near us. This MD-80 belonged to Blue Line where my friend Jonathan Zaninger worked as a cabin crew member just until they went out of business one year ago...

I'd like to express my sympathy to all dedicated workers of this airline that lost their jobs.

Life goes on and it's time to get into the cockpit and start our taxi for take-off.

I spent the whole flight in the cockpit and I really had some amazing sights... 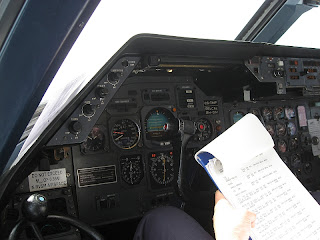 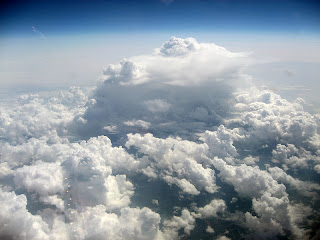 In front of us, a small and sluggish TAP Airbus. Overtaking was a matter of minutes! 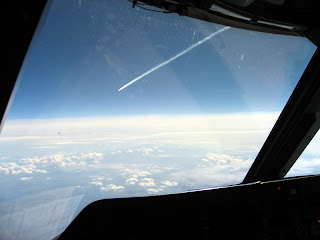 Beside overtaking Airbuses, cruising at 84% the speed of sound means that CDG-LIS is a really short hop and soon we started our descent to Lisbon. 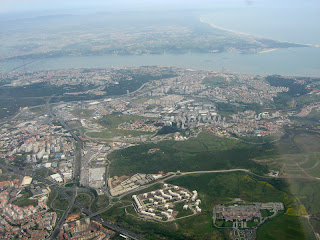 As I was leaving the L-1011, I was already getting nostalgic and taking lots of photos... 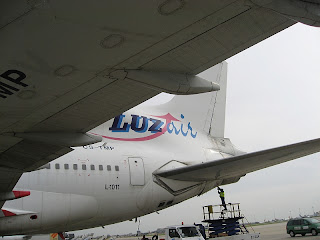 ... and a video of the windmilling fan.


I really thought my ACMI adventure and L-1011 flights were over. However this was not my last flight. A few days later I would fly again for Air Méditerranée and for TUIfly Nordic.
Publicada por LisbonJet em 2:31 AM