I was more than a month without flying. Our L-1011 went to maintenance and among other works, an important and mandatory modification in the engines was due. This process took a little bit longer than it was expected.
When the aircraft finally arrived from maintenance, I was immediately assigned for a short notice ACMI flight for Thomas Cook Airlines Belgium. We would be replacing an A320 on the triangular route to the Greek islands Rhodes and Heraklion.

This was also the first flight of one colleague as a purser and was being examined, so it was a special flight for all of us who wanted things to go just fine and without problems, making it easier for her. For this long journey we had an augmented crew of 8 flight crew members and 11 cabin crew! I didn't even have my own jumpseat since they were all occupied (CS-TMP had 10 jumpseats for cabin crew).

We departed empty to Brussels with TCW 424F callsign in a 2h30min run. 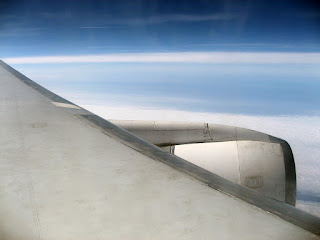 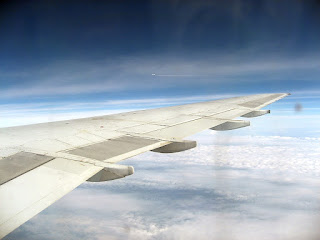 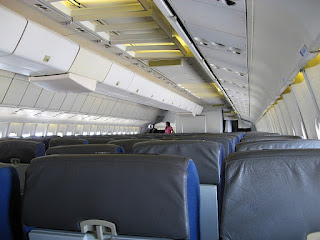 These dirty windows were really in need for an urgent cleaning... 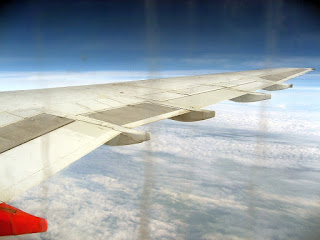 No passengers means time for some fun in the cabin... Still waiting for the reverse photo :) 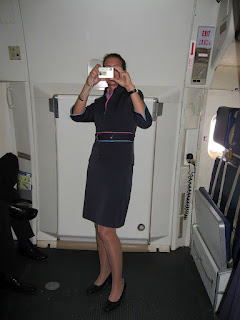 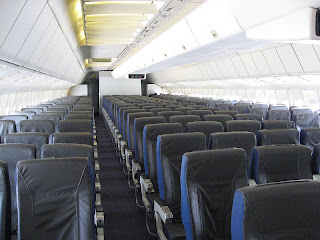 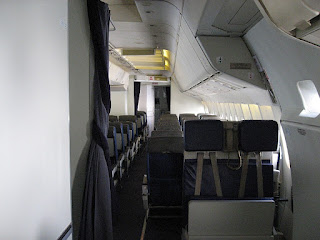 Someone said that after the modifications, the engine noise sounded better. For me, a RB211-524B engine always plays music all the time! 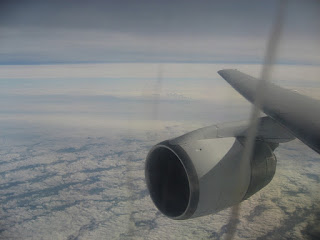 Start of our descent towards Brussels... Speedbrakes! 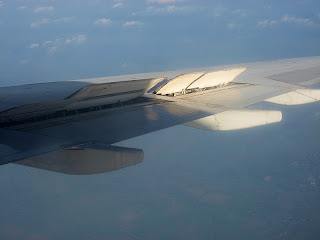 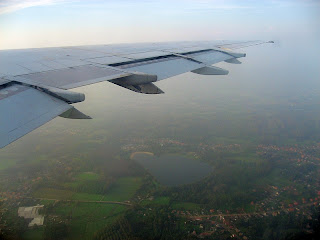 And finally at Zaventem (Brussels) Airport! 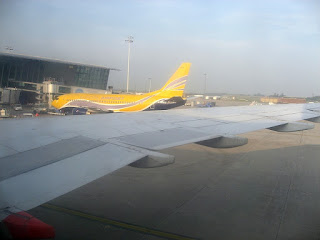 Then we boarded catering and passengers. During boarding, I recall one passenger noticing the different aircraft and telling "Je n'aime pas cet avion. C'est trop grand!". Well, definitely passengers can't decide whether the L-1011-500 is a big or a small aircraft. If you remember, on another flight, someone was worried if such a "small" plane could cross the Atlantic Ocean... For me it was just the right size... not too big, not too small.
But we also had some elderly passengers (don't know if it was their first time flying) completely amazed with the airplane and fascinated with the experience of flying.

So we took the passengers to the Greek islands all night long. Flight time was 3h20 from Brussels to Rhodes, 1h00 from Rhodes to Heraklion and 3h15 in the return flight to Brussels.

We arrived in Brussels when the sun started rising. It was a very, very foggy morning! As I didn't have a jumpseat, I landed in the cabin together with the passengers and I couldn't see anything outside. The aircraft was already on its final approach and it didn't move one millimeter away from its steady descending path. If I didn't know I was inside an airborne plane, I could swear I was in terra firma! More, I couldn't even notice the landing gear touching down and visibility was still nil! Only when the aircraft started braking and decelerating I knew we were on ground.

After landing I talked with a cabin crew colleague telling him that almost for sure an autoland was performed. He said I was crazy and that an old aircraft like the L-1011 probably didn't have such capability. I stood quiet and smiled to myself. When the last passenger got out, I went to the cockpit and told the Captain "Great landing!". He replied... «it was not me, it was "George"». And I smiled again, proud of my aircraft :)

Then we returned to Lisbon with TCW 599F callsign. 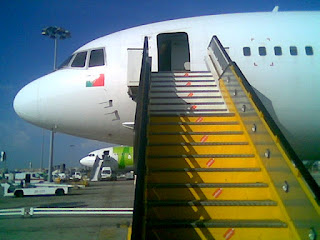 I was tired but happy to be back in service!
Publicada por LisbonJet em 8:46 PM

Email ThisBlogThis!Share to TwitterShare to FacebookShare to Pinterest
Etiquetas: BRU, HER, LIS, RHO