Some photos taken during a turnaround. 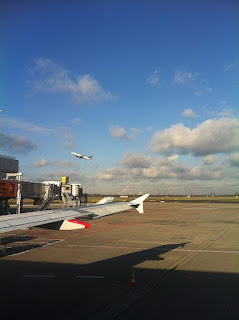 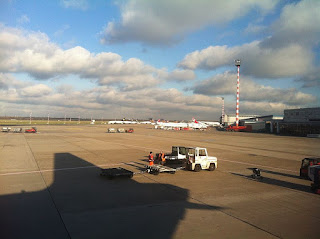 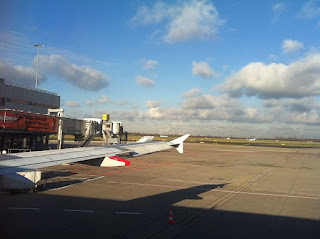 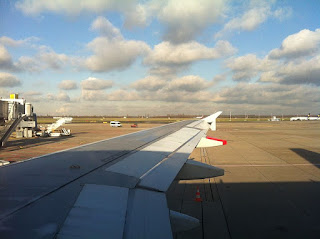 Email ThisBlogThis!Share to TwitterShare to FacebookShare to Pinterest
Etiquetas: DUS

The day started very early taking the flight TP664 to Amsterdam. I'm quite sure I slept all the time after the breakfast service was finished until the start of final descent to Schiphol Airport.

For a long time I wanted to visit the Luchvaart Hobby Shop in Amsterdam of which I was already a regular client placing orders online via their website.

First I had to figure out how to reach the shop but the answer is also in the website when you click "Route information". Fortunately, my hotel is located near the Central Station so I just had to catch the train back to the airport (Schiphol Plaza). There, I waited for the Busline 198 and alighted at Dorpsstraat Aalsmeer as indicated. This bus takes you around the airport perimeter and is also used by many aviation staff working at Schiphol. It's a nice opportunity to see some aircraft in a different perspective.

The shop is less than 5 minutes away (on foot) from the bus stop. However, you should have some previous insight of the place (you can use Google Maps) because the shop is not immediately visible. But when you get closer to it, you will have no doubts that you found what you were looking for... 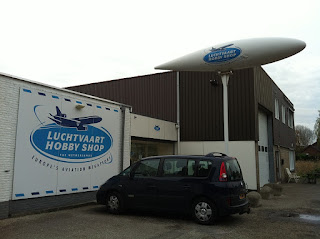 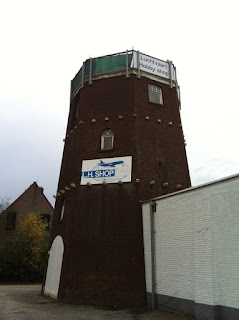 What you can see inside is truly a paradise for every aviation enthusiast. You have hundreds of aircraft models, several articles for pilots and collectors (baggage tags, mugs, etc), aviation books and DVDs, flight simulation stuff among other things. You also have a very complete and eye-catching 737NG simulator (which you can try by paying for the amount of time you want to play with it) and a real PZL TS-11 Iskra on exhibition - a polish jet trainer aircraft. I think I spent a couple of hours inside the shop.

This one made me remember Anita from the blog: The not-So Marvelous Life of a Flight Attendant :-)

I swear I tried to avoid looking too much at all of these things in order to keep my bank account stabilized in acceptable levels!

When I thought I had a win, leaving the shop after buying a single and humble "Follow Me" key holder also depicting an Airbus A319 on the other side, I found myself thinking and trying to find reasons to buy or not to buy a particular aircraft model that I knew it was released by LHS some years ago (a limited edition) and which I saw immediately after getting inside the shop...

My thoughts were... I don't smoke, I don't drink, I don't use drugs, I don't have any addictions beside aviation and I'm not living above my possibilities. Guess what... I returned to the shop!

After that I also wanted to go to the Schiphol's terrace to see the preserved KLM Fokker-100 and of course some of the airport's traffic. But carrying such a big box in my arms and the threatening rain didn't help so I just returned to the hotel where I stayed the rest of the day (early wake-up next morning...).

Next day, when leaving the hotel, I had to say to the captain of the flight: "I'm so sorry for the odd size baggage, I thought the box would fit inside my suitcase..."
With a smile in his face, he replied: "Is that really an airplane? If it's so, then it can go inside [in the cabin of] the plane"

Well... it had to go in the Business Class wardrobe which fortunately was empty that flight... It didn't even fit inside the overhead bins!
Publicada por LisbonJet em 11:49 PM No comments:

Email ThisBlogThis!Share to TwitterShare to FacebookShare to Pinterest
Etiquetas: AMS

The next couple of photos were taken with an interval of 4 minutes. 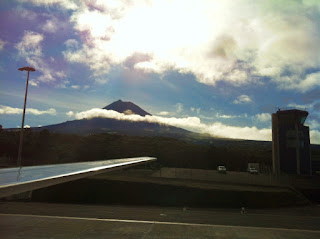 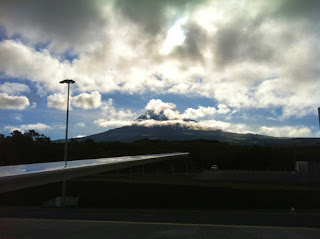 It's amazing how fast clouds can develop around a mountain!

Next destination this day was Terceira Island...

And one last photo of another visit to Terceira. 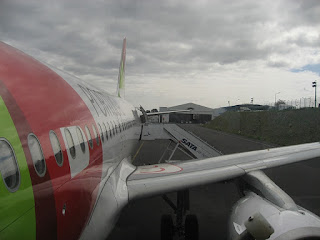 ... where I had a nice supper with friends and sipped some champagne. No fireworks could be seen at Rungis though...

Then, on the 1st day of 2013, I went to Brussels for a two nights layover. A great start for me since Brussels is one of my favorite Capitals in Europe.

A few pictures of the city taken after a prolonged and tasty lunch at O Bifanas restaurant (a portuguese one in Brussels): 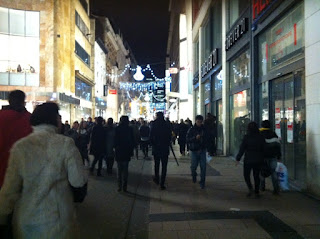 And the irresistible Grand-Place with always something new to appreciate.

This time the navity scene...

... and a beautiful light and music show. 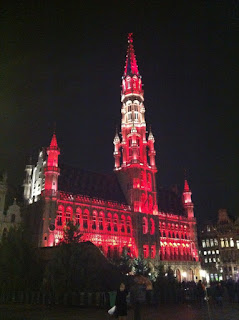