Is there a better way to celebrate the Freedom's day in Portugal (25th april) than to experience the freedom of flying? I think not ;)

This was my second solo flight with the following route: Cascais-Peniche-Cascais. 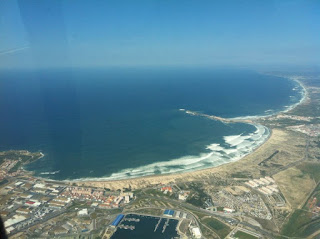 
After landing, at Cascais aerodrome... nice tail line-up though it's not my flying school.

Email ThisBlogThis!Share to TwitterShare to FacebookShare to Pinterest
Etiquetas: CAT